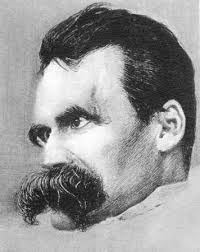 But when you express to them what’s involved in having a successful sentence, or a successful prison term, post-prison life, and so on, the realization kicks in, “Like, wow. That’s a lot of work.”

I have a client who is going to be speaking at a major university next week. He totally embraces the work and process it will take to rebuild. To that end, he wants to contribute and give back.

He’s written a speech, he’s preparing, he’s practicing, he’s cultivating his talking points. He’s not going to get paid. He’s not going looking for notoriety or money. I’m not going to mention his name. But he’s going to help business students understand how one decision, one email, one favor, a desire to please someone can derail a major portion of your life.

I’ve traveled the country lecturing, and I’ve been offering him some advice on how to give his lecture. While speaking a few days ago, I shared with him a quote that I often use in my lectures, and it’s from Friedrich Nietzsche, who I think was an existentialist philosopher, died in the 1850s. If I get the date wrong, don’t send me any nasty emails, please. I write about him in my book, Lessons From Prison.

What does this quote mean and why do I mention this quote, even though I’ve been saying it kind of incorrectly in every single lecture that I give? Whether it’s at USC, or the FBI, or Wells Fargo, or KPMG, or to anyone. Because a lot of white collar defendants have gone to federal prison because they may be after something, a goal, a desire, money, enrichment, promotion, recognition, praise. They may want something so severely, that they don’t recognize what they may pay for it in return. That was sort of the case with me as a stockbroker. What did I want to attain as a young stockbroker at Bear Stearns?

I wanted it so badly that I didn’t pay attention to what I was paying to get it. My integrity, my morality, my health. I was 40 pounds heavier in my 20’s. I was a drinker. I was terrible at nurturing relationships. So I had attained it, but at what cost? And the irony is, I’ve had this discussion with a number of my prison consulting clients that go to prison. 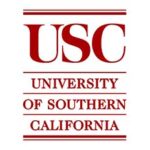 I have the discussion with a lot of students who say, “Well, you know what? I’m studying a 100 hours a week, and I’m getting straight A’s, and I’m doing it because I want to make big money, and be really, really successful.” But at what expense? What is it costing them? Well, maybe some of the college experience. Maybe some of their health. Maybe it’s their diet. Some have admitted to me they’ve done some drugs to get through some long study sessions, so they may attain the wealth and the career, but at what expense? What does it truly cost them? This is a lesson that I’ve conveyed to all of my lecturers, and my client who’s speaking next week at a major university, he’s a really awesome golfer. 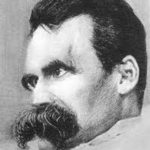 I thought it would sort of … I read this article this morning about a professional golfer, Spencer Levin. “Levin on equipment woes. I took the money.” Levin “Didn’t mince words in the wake of his worst season in a decade spent on the PGA tour. Levin is one of the most active pros on tour, making 31 starts, but most of them ended badly, as he missed 18 cuts and managed only a pair of top 25 finishes en route to losing his card.” it goes on. “I took the money. Everybody said don’t do it and they were right. I learned the hard way.”

So let’s talk about that Nietzsche quote for a minute. What did he want to attain? Well, clearly Levin wanted to attain more money. He wanted to take a big check to switch clubs, but what did it cost him? Well, as he says in this article, “It cost him his PGA tour card.” When he put the golf club in his hand, he didn’t feel comfortable over the golf ball. He missed cuts. He didn’t place in the top 10’s. He was out of the top 125 on the money list, and now he’s back on the minor league tour, the web.com tour, and he has now gone back to the clubs that made him a very good touring professional for the last five or 10 years. He attained or wanted something, the money, but at what cost? His PGA tour card.

The reason that I’m sharing this message with here is because I’m hoping that my client who’s speaking next week will convey this same message to students.

You may want to attain something, but at what cost? And my second book, which is around here somewhere, Ethics in Motion. I share a collection of 16 prison consulting stories my first year out of federal prison. And you’ll see in that book if you read it, I’m happy to send it to you at no cost, that a number of my clients were out to attain something significant. Promotion, advancement, money, and but it cost them in a number of ways. In these cases, not just their career, and their licenses, and in some cases, their family, but their freedom.

And let me close with this thought. What good does it do, or what is the upside in pursuing something at such a great cost if it could potentially turn into our long-term destruction, if it’s to our detriment?

So let’s think about that for a quick second. At 26, I so badly wanted to attain the status of being a very young, successful stockbroker at Bear Stearns, but who cares if it eventually is going to cost me my reputation, and money, and create victims, who I’ll spend the rest of my life trying to make amends to? It hurts my family. Who cares? 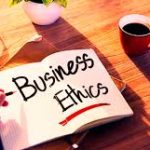 So I want you think about that as you engage in business or make decisions. You may be after something. “You may want to attain it,” as Nietzsche says, but what does it cost you? And I hope that it doesn’t cost you your morality, your dignity, your decency, and in my case, with the wonderful people with whom I work, not just all of that, but their freedom.