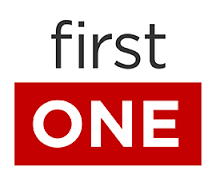 A white collar defendant called to tell me that he had spent hours upon hours reading all of my blogs. “Dude, I have read every blog you wrote from federal prison camp,” he told me. He continued, “Call me crazy but I am not sure I read your first one. Do you have it?”

This defendant is very astute. For some reason my initial blog from Taft Federal Prison Camp went missing for many years. I have changed websites teams a few times and I have had several different hosting plans. As a result, my first blog from federal prison camp went missing. I did film a video about the blog, but it was no longer on Etika LLC or White Collar Advice.

Blogging from federal prison camp was a huge part of my experience. Writing provided an outlet me for to contribute to the outside world in meaningful ways. It helped pass the time. Most important, I was memorializing an experience that I could draw from later in life. Blogging is not for everyone, I know. In my case it was the right decision. If you have questions about blogging or if you have general federal prison camp questions, please feel free to schedule a call here. You can also get a free copy of Lessons From Prison or Ethics in Motion (visit the homepage of this site to get Ethics in Motion sent to you)

“It’s Sunday, October 12, 2008. I’m in my assigned cubicle at Taft Federal Prison Camp. I’m seated in a plastic chair with my feet propped up on the steel frame of my bunk. My 2 x 4 locker is open and on the inside of the door I see a calendar that I’ve drawn in pencil. I notice that more than five months have passed since my imprisonment began back on April 28, 2008. It’s hard to believe I made it this far. I still remember the day I self-surrendered to prison. My older brother and mother dropped me off with the clear understanding that it would be more than a year before I would walk back out the front door. I’m still haunted by the tears that came from my mother as I was led away by the correctional officer in handcuffs. No mother should have to endure such heartbreak.

I’m serving an 18-month sentence for crimes related to my earlier career as a stockbroker at UBS. I had graduated from USC in 1997 and I had built a successful practice as a professional investment advisor during my 20s. My particular focusing was managing money for professional baseball players and executing bulk trades for hedge funds. Prison was not part of the like trajectory that I envisioned. The investigation that led to my confinement started on December 5, 2004. From that day forward I felt wracked with anxiety. Living in denial, I made some awful decisions. My delusions into believing that I would not be targeted for prosecution led me into a web of lies. Those lies resulted in me spending tens of thousands of dollars in unnecessary legal expenditures and exposed me to the potential of much stiffer legal sanctions. 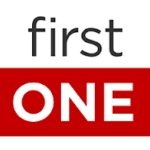 Besides the cost, which approached a quarter of a million dollars, my total ignorance of the legal process resulted in unnecessary stress for my family and friends.

None of us knew anyone who had gone through the criminal justice system before. My life quickly turned into a self-fulfilling prophecy convincing myself and everyone around me that it would be fine. I did not even have the foresight to cancel my application to join the prestigious Lakeside Country Club. My ultimate conviction caused great embarrassment to the members who sponsored me. I failed to study, so I could learn the differences between minimum security federal prison camps and those lockdown prison show that have become so popular on those alternative television networks.

I still remember my mother telling me, “Son, you were not made for federal prison, so you better prepare and cooperate fully. Her advice went in one ear and out the other. It took greater than 2-1/2 years for me to even accept that prison was a possibility. One I did, I advanced through the process as if I was a man in his final days. As far as I could see my life was over. I ate like a glutton, gaining 20 pounds. Humiliated by my lost fortunes, I neglected everyone by hiding. I wanted it all to end. Yet from the time I opened my eyes in the morning to the time I lay down to sleep all I could feel was the vortex into which I was sinking.

In retrospect, I know that what I needed was a guide through federal prison camp.

My struggles felt magnified because I had no idea about what would happen from one day to the next. It turns out my concerns about federal prison camp were way overblown. It was no Club Fed, but without fences and bars Taft Federal Prison Camp is hardly reminiscent of a true prison. When I asked my attorney would I could expect he could not provide the specifics I craved. ‘You’ll be fine’ was the best he could muster. The day I self-surrendered was the worst. I just had no idea what to expect. The handcuffing, the strip search, the fingerprinting, the DNA sample, and my mugshot initially seemed too much to take.

I was locked in a small cell while I waited to be processed to the camp.

When I finally made it to the camp I felt exhausted and lost. I remember feeling overwhelmed as if the months would never pass. I did not know anything about good time possibilities, or halfway house options or what awaited me on supervised release. I tried to sleep, but struggled with the tormented thoughts that came with my separation from home. I missed my mother, my father, my brother and my dog. The concrete and steel of prison, the indignity of common restrooms, the total lack of privacy seemed too much to take.”

Day by day, however, I grew stronger. I began to set little goals and empowered myself with success. Exercise helped. I had been a baseball player as USC, yet the pursuit of my career brought a simultaneous neglect of my fitness. My second day of in federal prison camp I began to run. I huffed and puffed around the track, determined to power through three miles. I rode the stationary bike, and strength training, push-ups, pull-ups, and dips. Slowly I could see that I was willing my way back into better spirits. After a few months I reached a small victory when my counselor agreed to transfer me from a three-man cubicle into a two-man cubicle.

A couple of months after that I was promoted to a job that offered more free time for me to work on my personal goals.

The time opened more opportunities for introspection. That was when I realized that others were confronting the same challenges as me. Convinced that I could help them, I decided to begin writing this daily journal. Through these daily recordings of my activities I strived to spare others the anxieties that accompany the unknown. I want those who are confronting criminal charges to grasp the realities rather than the debilitating myths about what is to come. These daily postings from federal prison camp will illustrate the ups and downs of the prison experience, and with more than five months of confinement in the books I speak with authority when I write that the journey does not have to be a waste.

By following my daily postings, these final months of my sentence I intend to provider readers with a glimpse into the unknown world of confinement. That glimpse will empower those who anticipate to struggle with the criminal justice system. It will help them make better decisions and it will enable them to move forward with confidence. In the land of the blind the one-eyed man is king, and where there is darkness my writings will provide sight.

P.S. Again, if you would like a free copy of my book, Lessons From Prison click here or text the word LIBERTY to 44222.